oh ok now i feel stupid, the bars are white not blue… but there you have it… i didnt notice the bars

Ahh Rene! welcome welcome welcome back to the art of posting, its an interesting Idea, and I like it all in all, but I have a few points, I cant see 5 bars on the bottom, I can only see 4, only did I notice that the 5th was the large one when I read your post but all the same i feel that i dont see a connection between the lines and the insignia. I like the fact that it gets lighter at the top right hand corner but i feel that we could be a bit more brave with that. The intertwining y shape is by favorite aspect its contemporary simple and instantly says collaboration. But it doesn’t say comradeship it seems a bit too clean cut… i dunno maybe its just me.

But apart from that. HI EVERYONE!

…hm… but as long as I don’t categorize this post, I shall remain incognito

. Basically I was bored… bored AND in a bad mood! which is not a good combination for me. And Hans asked for ‘the’ logo.
But to get things a bit more clearly here: This is my new suggestion for ‘our’ new Logo. I know it is completely different from what we discussed originally.

BUT there are a number of reasons why I prefer this one far more than the basic idea. I liked the basic idea but the more I played around with it the stronger was my impression that the different elements within and around the code of arms did not fit together properly. Even though I liked the rather ‘traditional’ look of the first idea, I started to think about it all over again.

The anthology of the ‘new’ logo (or better, see it as a suggestion) is based on three key elements of the Brookfield Lodge Society. First and probably the most important element: The five founding members of the society, represented in the five bars in the lower part of the graphic, which “sustain” the basic aims of the society: The constant striving for the primary goal is symbolized in the gradient which gets lighter towards the top.
And finally, the first priority of the society: creating a complex network of professionals that spreads world-wide; visualized with the interlaced Y-shape.

Also, the overall look is a bit more contemporary, and within this version, I think, all the elements are more coherent.
Well, anyway it’s just a suggestion, and it would be great to read your comments on this.

And for Hans, I’m sorry for the poor coding, I realized that it was not too properly done, but at the point of uploading the logo, I couldn’t be bothered to start a new voting post and explain everything, so it was quicker to just slap the file somewhere visible and see how things come. my apologies… (corrected the awkward look together with this post)
Kindest regards to the fellow members,

(ps: HighRes version of logo to be found on server)

he he he, i kinda like it, i thought you did it Hans? but if not you… than who? The second person who jumps to mind is Georg, and if not him then who… Twas not i for i have forgotten how to do anything other than post, possibly Rene? or maybe it was Gods way of saying “This society shall be blessed!” or maybe not. Either way its an investigation that must be looked into. Can you not get the raw files out and see what computer they were made on? or something strange like that.

I was wondering already why this happened… I don’t know who did the logo. But I was asking myself who finally agreed on choosing it and why this has been presented already… someone should perhaps explain that.

But Hans, I am sure this page is not everyone’s first click in the world wide web and therefore this is not the end of the world and can be adjusted and changed. Keep smiling…

Can someone please explain what happened to our front page? I can understand that this is some attempt at displaying some form of logo. But we have not agreed on a logo like a democratic society should, and forgive me, but the front page edit is poorly done. Not something to show to the world.

Well in the past 48 hours i had, 2 hours of sleep, 2 parties, 2 11 hour shifts, i saw 15 shows, and i climbed Arthur’s seat at sunrise, and i travelled back from Edinburgh to London. I feel ever so slightly empty getting back here, but im sure i will get better when i get home in a week or two. 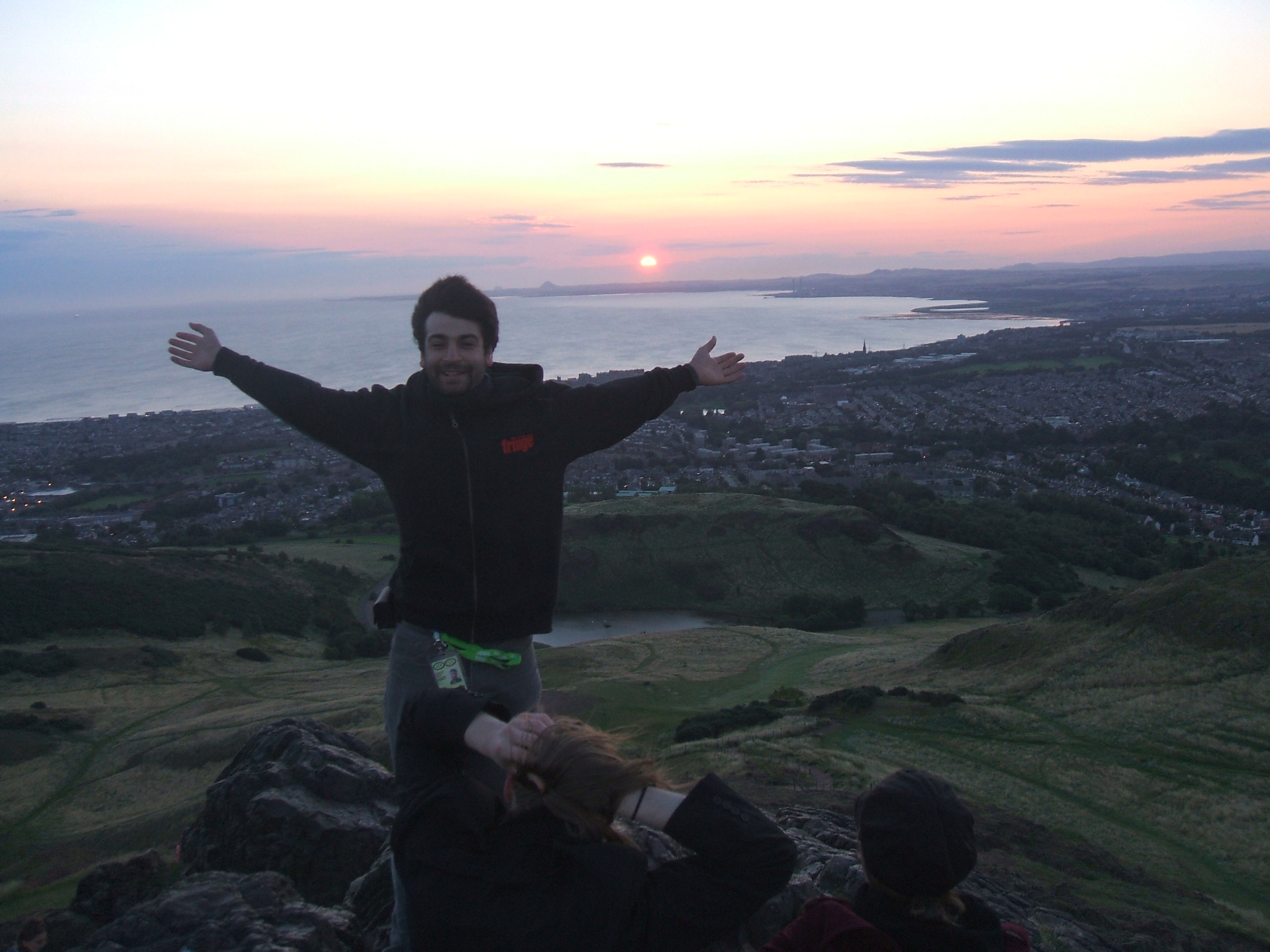