I find it sad, what a lecture of complete mental underload can do to you – especially if you are a person that does think and is willing to make a difference, to become better and to develop further. It is sad, that people that know so much more have to give this lecture and that there are people that still have loads of questions about things they should know already. But this is the world we live in – isn’t it?

In the end it is more a question of who we really are. These lectures are really boring, horrible and almost unbearable – time seems to slow down and three hours can make you feel like being stuck in this room for weeks. They waste your lifetime and there is little you can do against that. BUT it doesn’t mean that we don’t learn from these things. You always learn something new and if it is only what we don’t like and what needs changing. Combine this knowledge of an incomplete, badly organised system with the absolute desire to change the system gives you the power and energy needed to actually change things. Every system seeks for chaos – this is a physical law. But there must be other elements that have to keep it together, help reorganising it, help to bring a structure back. And therefore the problem we are stuck in will never be solved completely. This would mean stagnation. And stagnation is the death of our world.

It might seem hard at times to stand the circumstances but there will be the possibility to make an impact on the system. If you look back on the past two and a bit years we were at this uni here, I can already see that we have changed things. The established system started shaking a while ago and I think it will radically change during the next years. You cannot run an organisation the way they did so far. And it will change.

So, never give up. Keep up your trail! And in the end, things will have changed. But the change will always be for the ones that come after us… we have to be aware of that.

P.S.: All the automatic systems in the world wide web that scan every electronic message sent or posted anywhere in the world will find the last posts quite interesting. But believe me – it is nothing political. More the result of a university course that leaves you too much time so that your mind wanders…

What we are? Are we becomming excentric ‘old’ men that spends our days talking about life and not living it? I surely hope not, as we still have our youth to waste on alcohol, piontless things and beautifull girls (well, I’ve got a girl, there’s whiskey in the cupboard, and this usb powered ebay advert is quite pointless…although quite mesmerising)

I just feel strange now. We’re leaving soon and we spend so much time thinking about what to do afterwards. Screw that, yes, it’s important… but I’m sure it’ll all sort itself out. I just want to live for today and then for tomorrow, not just for tomorrow. But it do feels strange, this whole existence of nothingness, not that I want to be depressing about it, because that would be pointless (and as I said, I have one pointless thing already), it’s just that I feel we ought to be doing more to change it.

If we don’t keep up the attempts to change it, then the system would have won. It will have subdued another voice, another body that was willing to act for the improvement of not just itself, but for all. And change it we will, one way or a thousand others. For we shall do what has not been done, we shall go where no one has been and we shall prove that in the end, we were right. And we will not be silenced. I will change, myself and the system. For the greater good. Or at least for the people that follow, I mean, it wouldn’t do them any harm to get out of certain lectures if that’s what you could say…

Wow, how aggravated I just got, It’s amazing what comes out of the head when you set it working. I mean, all this is dead serious, as always. And I do believe my point is a valid one, that we have to keep trying or the system stays the same, it does not change, ergo, (HAHA!) the system wins. And I hate loosing.

Oh, it ain’tÂ over till the fat lady sings. (And she doesn’t know how to sing, so we’re in for a hell of a fight still…)

2 feet of newly fallen snow, 5 degrees minus and a sky clear as the purest of… well.. sky. Come skiing with me!

now thats a beautiful view the most beautiful thing around here is me… and thats not saying much (no offense to Chris).

The official opening of Liverpool ’08 was last night at St George’s hall, and in true Liverpool style it was a fantastic disappointment, some quite fantastic projection work, but the lead act (Ringo star) who came on at 20:08 (how clever of them) played a song that sounded nostalgically like one of the Beatles songs that nobody liked and (this is according to Chris) German Folk music. I has a Motorcycle lesson this morning and yes I’ve still got it, not a bit of rain, although quite chilly. Anyway, hope all is well with you both and i shall now go read Checkhov!! 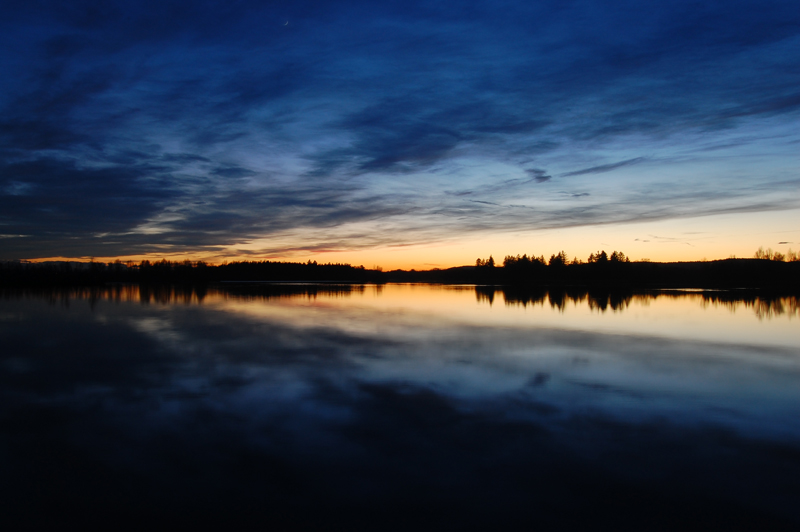 Yesterday evening here at the lake…

Well what do you expect it is Liverpool!

the lodge is strange, Dennis apparently fixed Hans’ shower but when Chris tried it he said that he was afraid to use it anymore (which is funny when you think about it) we have no idea about anything else really, there are loads of really great shows on at the everyman and playhouse that you guys have to come see, Shared experience’s version of War an Peace is going to be incredible, also the Royal Shakespeare is coming here (don’t worry they’re not doing Shakespeare) I (funnily enough considering I’m the only one in TPDT that doesn’t need to be there) will be in Joe Club on Monday, ill let you know how it goes, i have a Motorcycle lesson in the rain tomorrow… woo hoo… and Chris seems so have chilled out a bit over the holidays which is nice, i unfortunately am suffering from the lack of anything to do with my life, but I’m reading an awful lot. speaking of which ive gotta get to the LRC before it closes so i can steal a script.

By the way Georg, your radiator started up again last night!!!

OK, here it isn’t very cold. Actually it is warm. Strange enough but it looks like I won’t be having snow again this year. This is the third year in a row now and I am getting really annoyed by this. Every time I leave again for bloody Liverpool, where it never snows, it starts snowing here in Germany. Well…

So I will be coming back to LPL next week but I will miss the compulsory TPDT meeting on Monday. I hope I will survive this. Sounds like a really important thing – at least it is the first compulsory Joe Club ever in the history of our time at LIPA I think.

How is the lodge Eyal? Did anything get fixed or did it become worse over Christmas? Let me guess… 😉

OK, I will see you all very soon now. I am off for the weekend and have to travel quite a bit. Stressful days at the moment, but time is flying by and this is good.

P.S.: Hans, well done with the new webpage. But you should stop with the product placement like www.hpjenssen.com on this blog. It distracts our 5 readers we have. 😉